Southern Migration: How John Coor’s Family Got from North Carolina to Mississippi Territory in 1811

This week I am taking the Salt Lake Institute of Genealogy’s course “From Sea to Shining Sea: Researching Our Ancestor’s Migrations in America,” lead by Annette Burke Lyttle.[1]

I wanted to take this course to learn more about how my wandering ancestors got from one place to another, and perhaps try to figure out why they left or why they went where they went. Because most of them arrived to the new world on the east coast and I have ended up on the west coast, I’d say that all of my ancestors were migrators at some time in their history, though I have quite a few who were in Texas a few generations.

Migration Trails
We learned about trails the first day, so let’s start with what I learned about my Coor line. Daniel Coor died in 1807 in Sampson County, North Carolina. His wife, and son, John, entered his estate into probate in November of that year.[2]

John must have explored moving to Mississippi because he was there in 1810.[3] He and his family were in Lawrence County from 1813 through at least 1824.[4]

Here’s a map showing trails through the coastal southern states. The Fall Line Road leaves Fayetteville, North Carolina which is not far from Sampson County. Although the trail stops in Montgomery on this map, I’m sure there must have been a Native American trail to get them to Mississippi Territory.[5]

To get to Mississippi, John had to obtain a passport to travel through Indian Nations to the western country. Dated December 1811, the passport included himself, his mother, four sisters and two small children, and some Negroes. Included in the travels were John Keayhey [Kethley]’s family and William and Henry Toler.[6] John would marry John Kethley’s daughter, Ann, in 1816.


Having a route (and a map) from North Carolina to Mississippi helps bring more details to the story of the Coor family. If only we had a diary describing the journey. Next step is to see if another family left one.

[1] For more about what this class detailed, see https://slig.ugagenealogy.org/cpage.php?pt=608#course-1

All comments on this blog will be previewed by the author to prevent spammers and unkind visitors to the site. The blog is open to other-than-just family members particularly those interested in family history and genealogy. 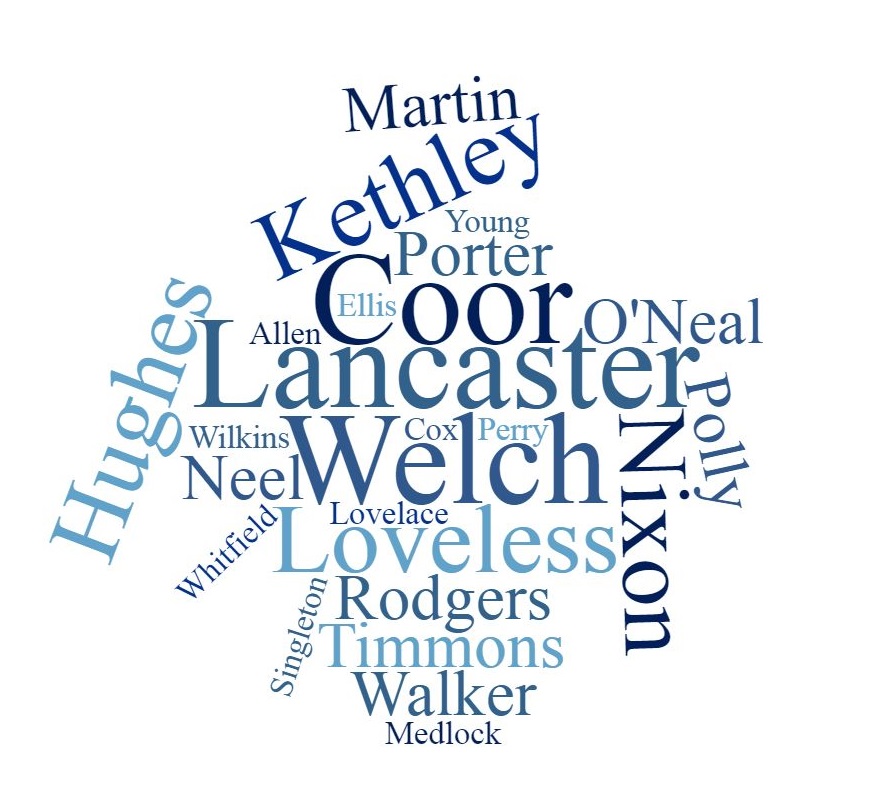